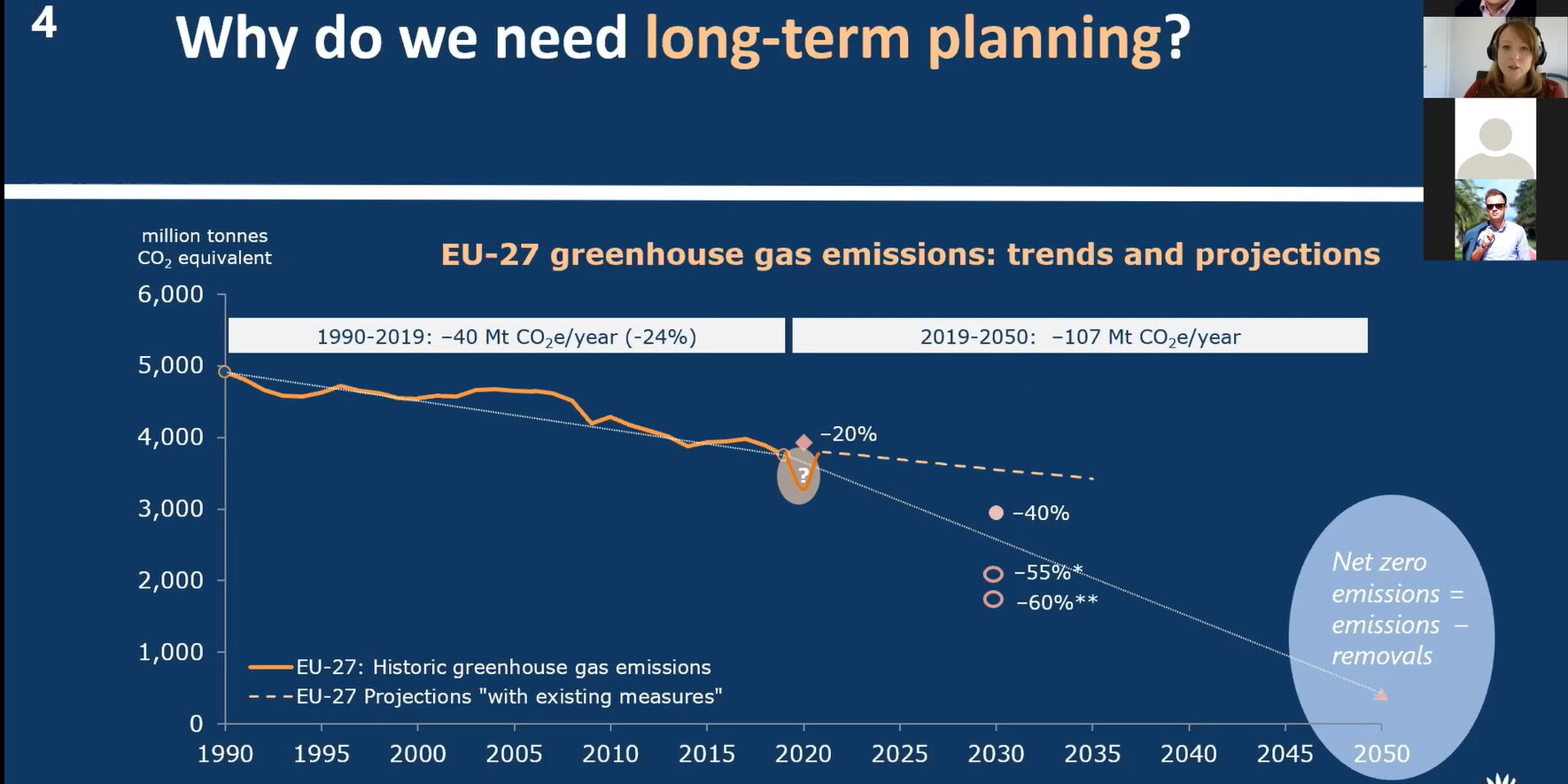 Despite the ongoing epidemics, complex political and security situation in many of the countries of the Eastern Partnership, substantial progress was made since the 2019 conference in enhancing the climate policies in the region. Eastern Partnership countries are in the process of establishing mitigation targets under the Paris Agreement, with the development of the second NDCs. Notable support with the NDC update process is being provided by EU4Climate, in cooperation with UNDP Climate Promise and other initiatives.

The EU4Climate project with the partners organised this webinar as a knowledge exchange platform, providing access to the experience of the European Union and the best global practices in designing long-term climate policies. In addition to the international best practice presentations, several success stories from the Eastern Partnership countries were also introduced.

The event gathered about 70 representatives from the governments of Eastern Partnership countries, the European Commission, the Energy Community, and the United Nations Framework Convention on Climate Change (UNFCCC) Secretariat, the European Environment Agency, other experts and institutions. 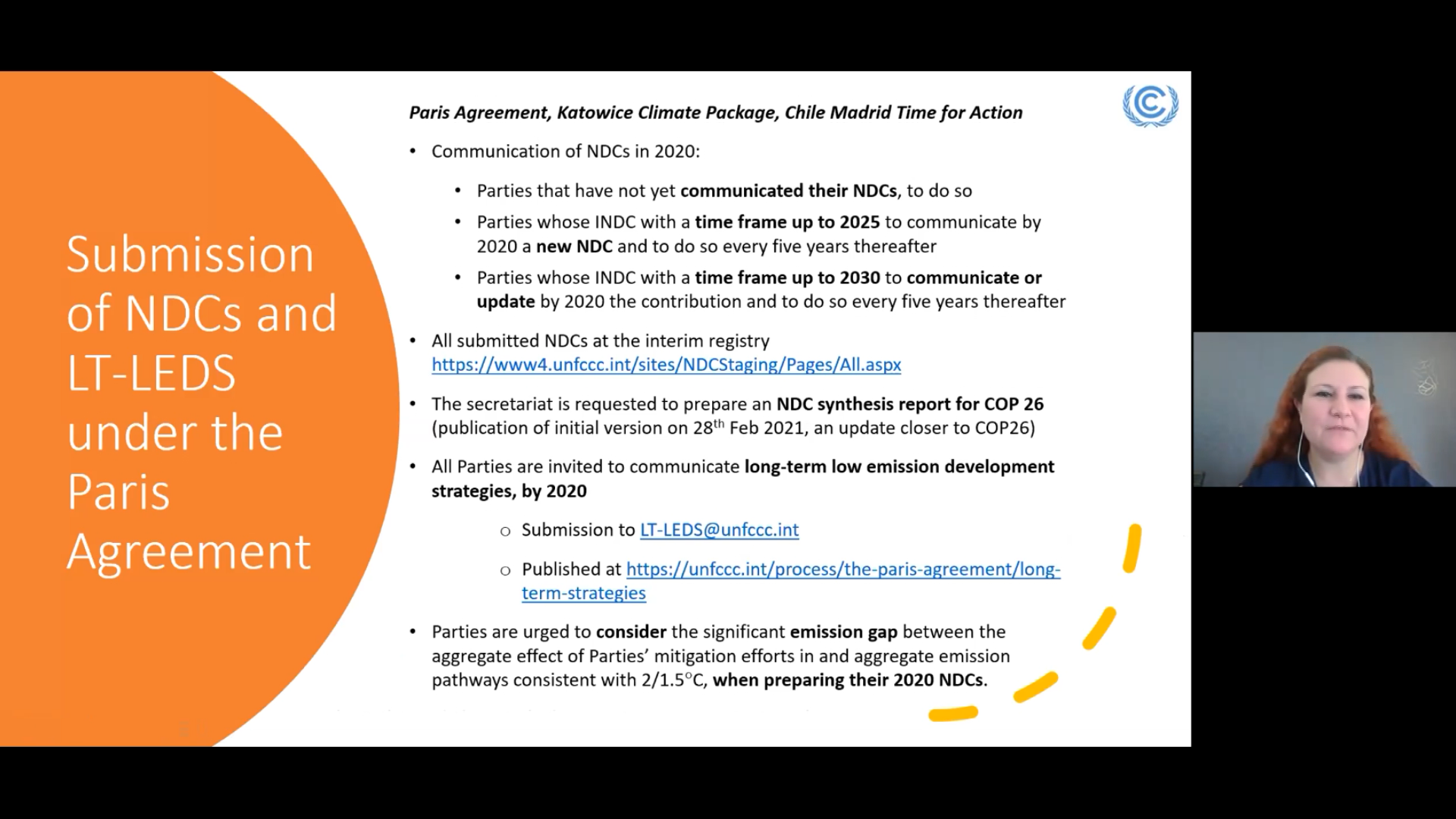 Participants studied the current situation in the Member States of the European Union, a world leader in combating climate change, with a focus on best practices and the integration of climate change issues into sectoral policies. 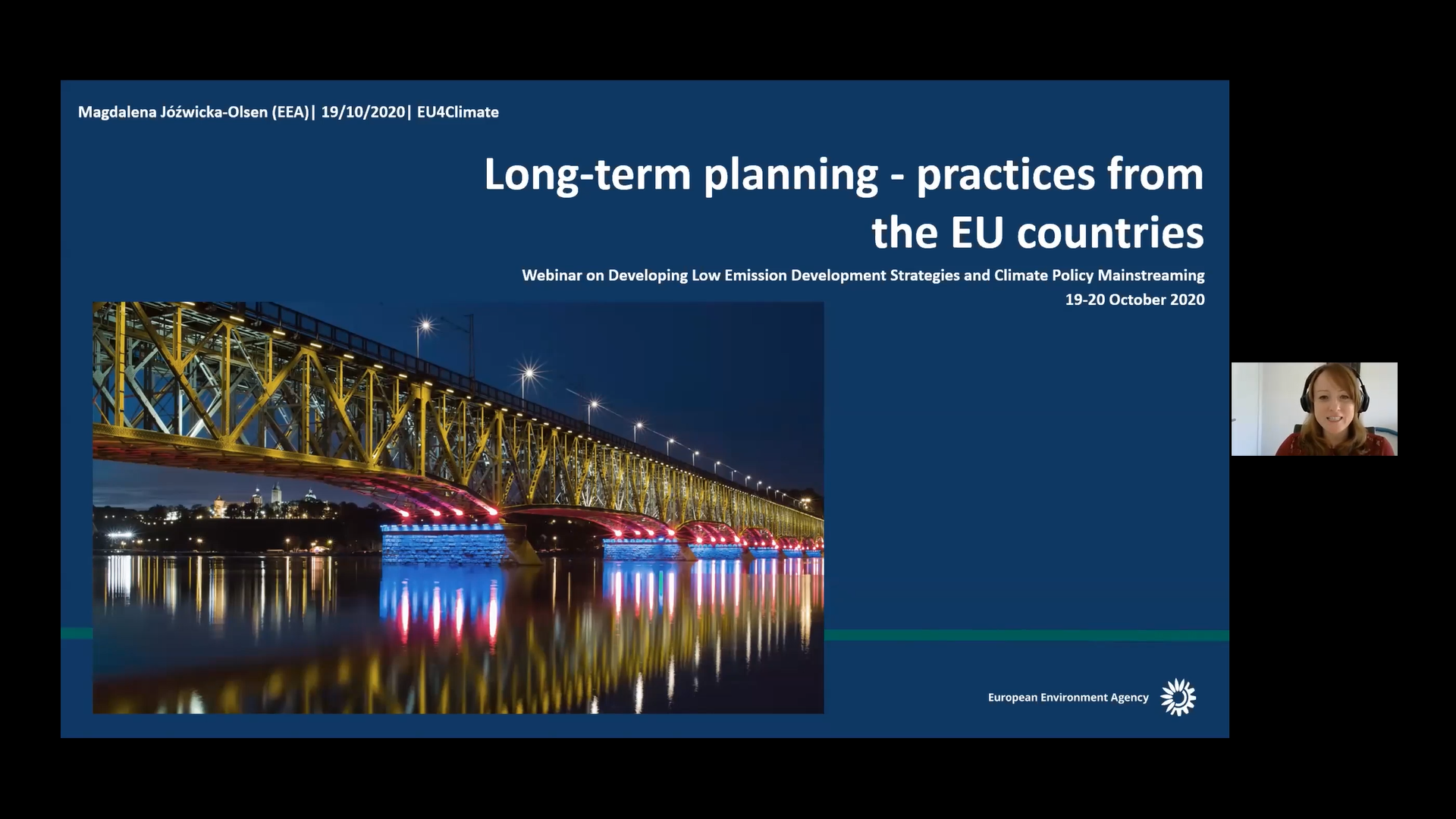 The Energy Community presented the stages of developing the National Energy and Environment Plans and the actions planned for next year. 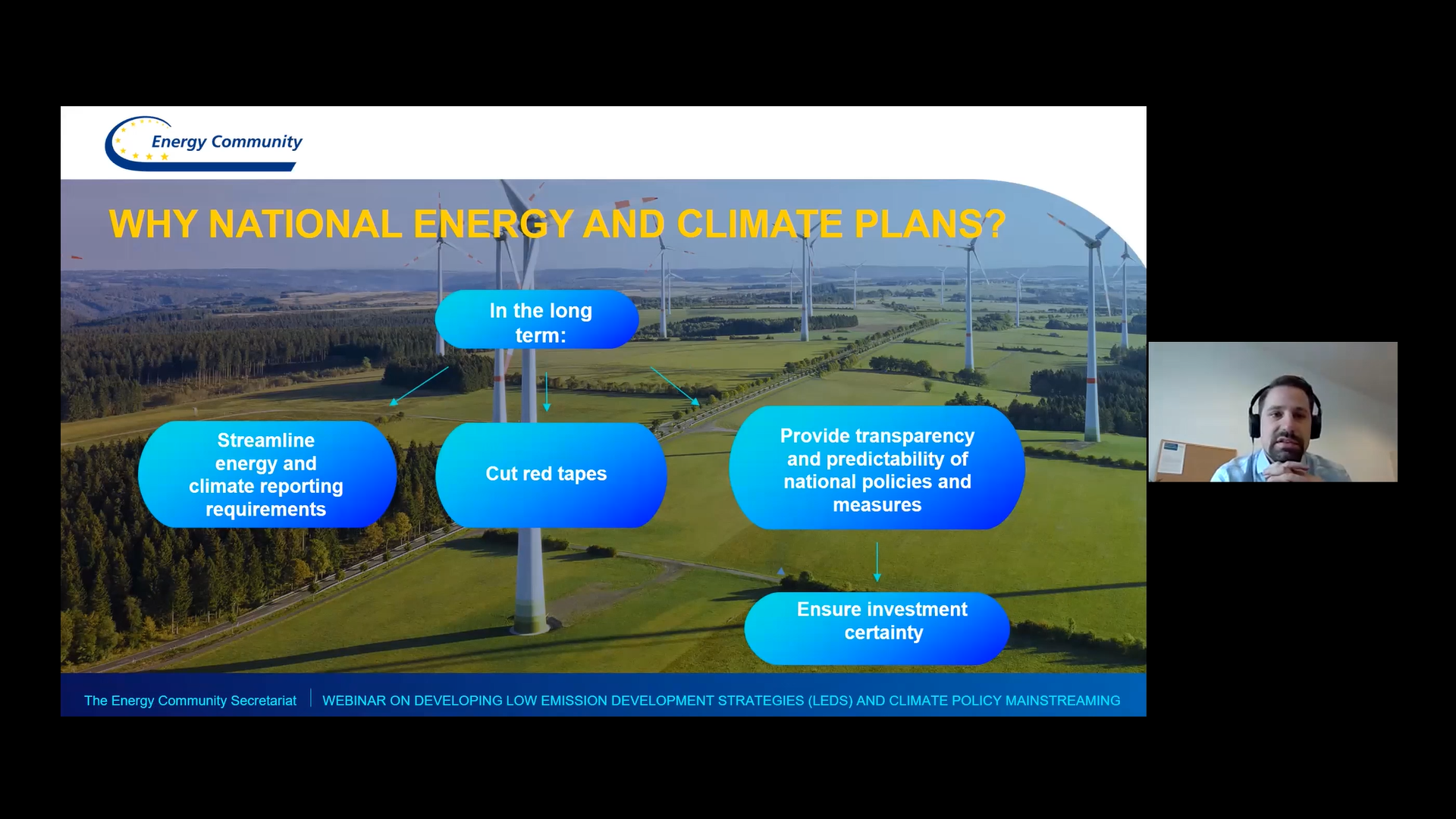 EU4Climate provides support to Armenia, Azerbaijan and Georgia with developing long-term climate strategies; in Moldova, the project supports the update of the existing LEDS until 2030 in accordance with the country’s second NDC.

The countries briefly presented the status in developing and/or implementing a LEDS, integration of updated NDC in LEDS, challenges encountered, and benefits expected. Specific cases such as Moldova experience from mainstreaming activities in the Waste Sector were also brought for the discussions.

Reporting NDCs and LEDSs according to the Paris Agreement and the Katowice Rulebook by Tugba Icmeli (UNFCCC) and Pathways out of the crisis lessons from recent IEA analysis by Musa Erdogan (International Energy Agency) were followed by presentations on Long-term planning – practices from the EU countries shared by Magdalena Jóźwicka-Olsen (EEA) and National Energy and Climate Plans (NECP) status and plans in 2021 presented by Tibor Schaffhauser (Energy Community).

A case study from Moldova about Moldova_Experiences from mainstreaming activities in the Waste sector by the international expert Reca Soos provided in-depth information and analysis about the topic.

The first day of the webinar ended with an interactive exercise allowing the country representatives to practice in the LEDS planning and implementation process.

The second day of the webinar was continued with the presentation about Institutional processes & modeling inputs for LEDS by Henri Waisman (Institute for Sustainable Development and International Relations). The details about the iterative process of strategy development, the vision, and key metrics used for LEDS development were presented.

Four of the EaP countries have presented their experience in developing long-term climate strategies:

All presentations of the webinar can be downloaded here.

The EU4Climate initiative is funded by the European Union and implemented by the United Nations Development Programme. It supports countries in implementing the Paris Climate Agreement and improving climate policies and legislation. Its ambition is to limit the effects of climate and make citizens more resilient to them. It will assist the EaP countries to integrate the low-emissions and climate resilience objectives into development policies and plans, to improve and consolidate climate policies and legislative alignment.