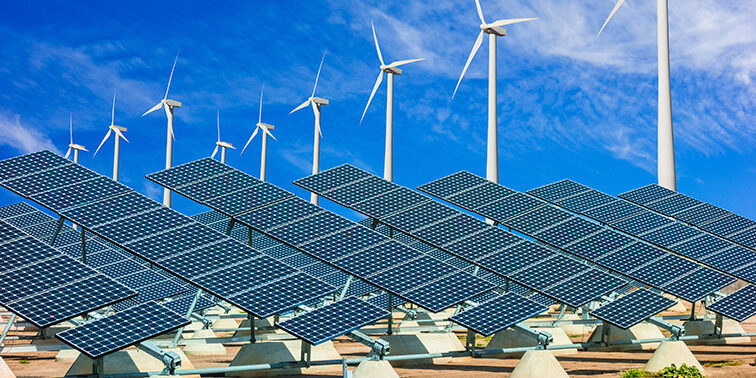 Sharm El-Sheikh, Egypt – A comparative analysis of the Long-Term Low Emissions Development Strategies in the Eastern Partnership countries (EaP) was presented today at a COP 27 side event hosted by the United Nations Development Programme (UNDP).

As countries come together to take action toward achieving the world’s collective climate goals agreed under the Paris Agreement and the United Nations Framework Convention on Climate Change (UNFCCC), Long-Term Low Emissions Development Strategies (LT-LEDS) are recognized as one of the key national planning exercises for the implementation of Nationally Determined Contributions (NDCs).

Since 2019, the EU4Climate programme, funded by the European Union and implemented by UNDP, promotes EU knowledge and experience in developing and implementing long-term climate policies and assists the countries in the EaP region (Armenia, Azerbaijan, Georgia, Republic of Moldova and Ukraine[1]) to develop their LT-LEDS.

“Helping our Eastern Partners to mitigate climate change and to advance on the path towards carbon neutrality is a clear priority for the EU”, said Lawrence Meredith, Director for the EU`s Eastern Neighbourhood and Institution Building at the European Commission. “With the regional programme EU4Climate, we are facilitating this process by helping our partner countries to develop Low-Emissions Development Strategies as the foundation for building a resource-efficient, low emission, and climate-resilient economy.”

In his welcoming remarks, Dimitrios Zevgolis, Acting Head, Multilateral Affairs/Deputy Head of EU Delegation to the UNFCCC recalled Clima East, an EU-funded project that assisted EaP countries in approaches to climate change mitigation and adaptation referring to the EU4Climate programme as a successor.

The comparative study presented at the event focuses on the targets set in the draft LEDS, particularly on additional NDCs targets regarding adaptation and gender equality, and on the EU role in assisting the region with increasing long-term ambition in EaP countries. With their ambitions, Armenia and Georgia state that climate neutrality is the goal for 2050. Gender-responsive energy policy in Azerbaijan through the usage of hydropower, solar and winter energy, and energy efficiency empowers women and leads to improved well-being, gender equality and social justice. In Moldova, the LEDS covers only the time until 2030 and lays down the action plan to implement the NDC2. Here, it should be noted that Moldova’s NDC2 target for 2030 is the one with the highest ambition. Ukraine’s ambition is to achieve climate neutrality by 2060.

EaP countries also presented best practices and lessons learned from their approaches to climate change mitigation and alignment of their long-term policies with the ambitious example set by the EU to achieve carbon neutrality by 2050. The European Union has already announced its mid-century climate neutrality goal in 2019. As an intermediate step towards climate neutrality, the EU has raised its 2030 climate ambition, committing to cutting emissions by at least 55% by 2030. In July 2021, the European Commission unveiled the so-called “Fit for 55 package” – a set of legislative proposals to revise the entire EU 2030 climate and energy framework.

Case studies were shared by the national governments of the Eastern Partnership, providing details about the Renewable Energy and Energy Efficiency Strategy of Armenia until 2030, the Study on Gender in the Energy Sector for Azerbaijan, the NDC Finance and Implementation Plan of Georgia, Draft Law of Moldova on Fluorinated Gases and National Adaptation Strategy of Ukraine.

EU4Climate helps governments in the six EU Eastern Partner countries (Armenia, Azerbaijan, Belarus, Georgia, the Republic of Moldova and Ukraine) to take action against climate change and towards a low-emissions and climate-resilient economy. Funded by the European Union (EU) and implemented by UNDP, EU4Climate supports countries in implementing the Paris Agreement and improving climate policies and legislation with an ambition of limiting climate change impact on citizens’ lives and making them more resilient to it.

[1] It should be noted that all information for Ukraine is referring to the strategic documents developed before the war started by Russia, and therefore would need to be updated with a focus on post-war reconstruction needs, once the situation allows.

Recording of the side event is available here.