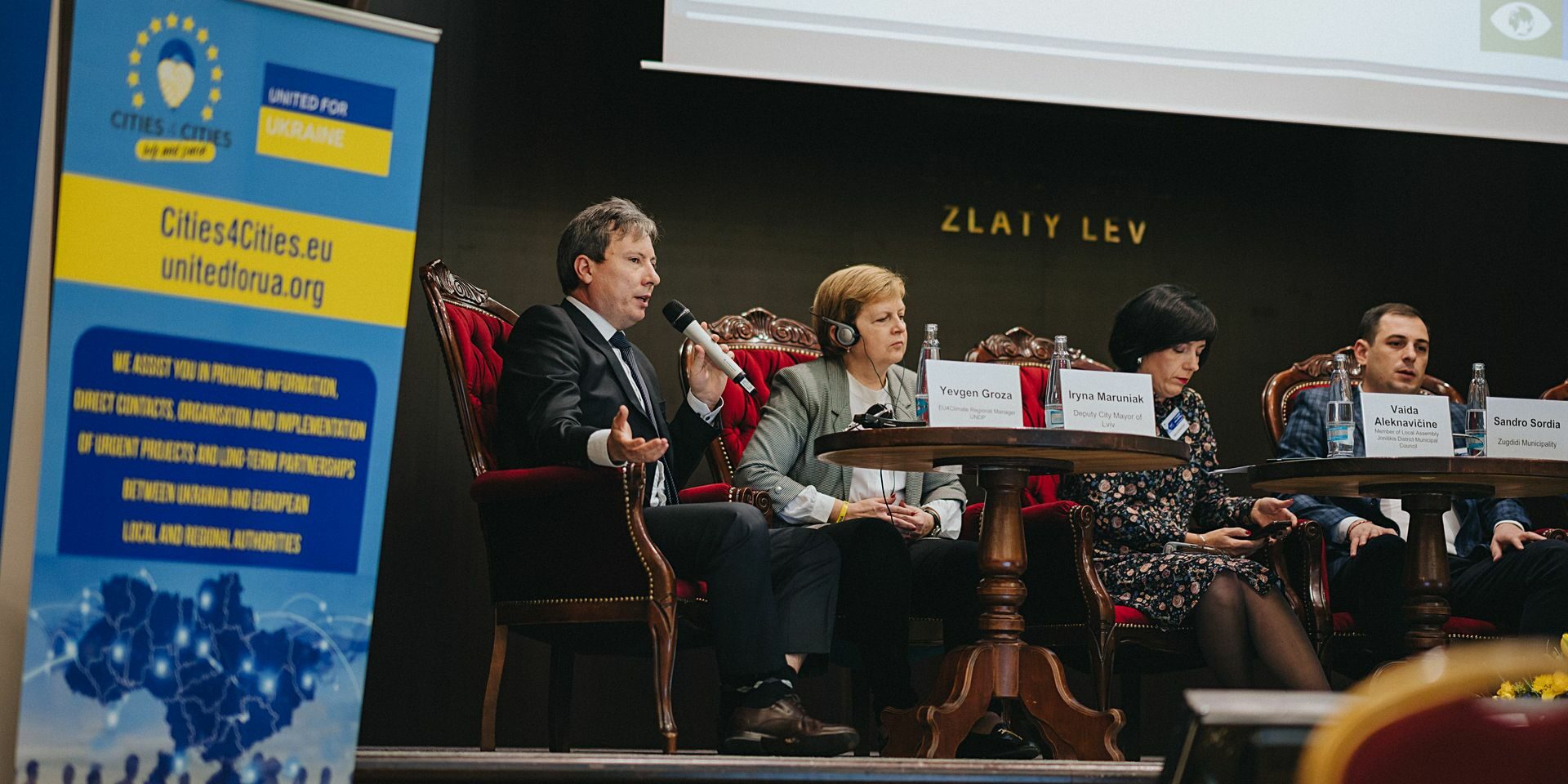 The Russian aggression has damaging impacts not only on the population but also on the civilian infrastructure and the environment of Ukraine. As a part of the Czech Presidency of the Council of the EU, the conference on “Perspectives and transfer of transformation experience about the resilience of local governments» organised by the Union of Towns and Municipalities of the Czech Republic was held in Liberec (Czech Republic) on 4 November, 2022. To transfer experience from the EU towards municipalities within the Eastern Partnership countries, the conference focused on crisis management, reconstruction of Ukrainian energy self-sufficiency, and decentralization.

Yevgen Groza, the regional manager of the EU-Funded EU4Climate programme implemented by UNDP highlighted the key activities and achievements of the project and the priorities for 2022-2023 in assisting the EaP countries in improving climate policies and legislation. In response to the war that resulted in a large number of civilian casualties, severe damage to the civilian infrastructure, the EU4Climate programme has been providing humanitarian assistance (i.e., medical procurement, energy supply) to the Ukrainian population to address the immediate war-related needs. Green reconstruction of Ukraine also is a priority field for the contribution of the EU4Climate. 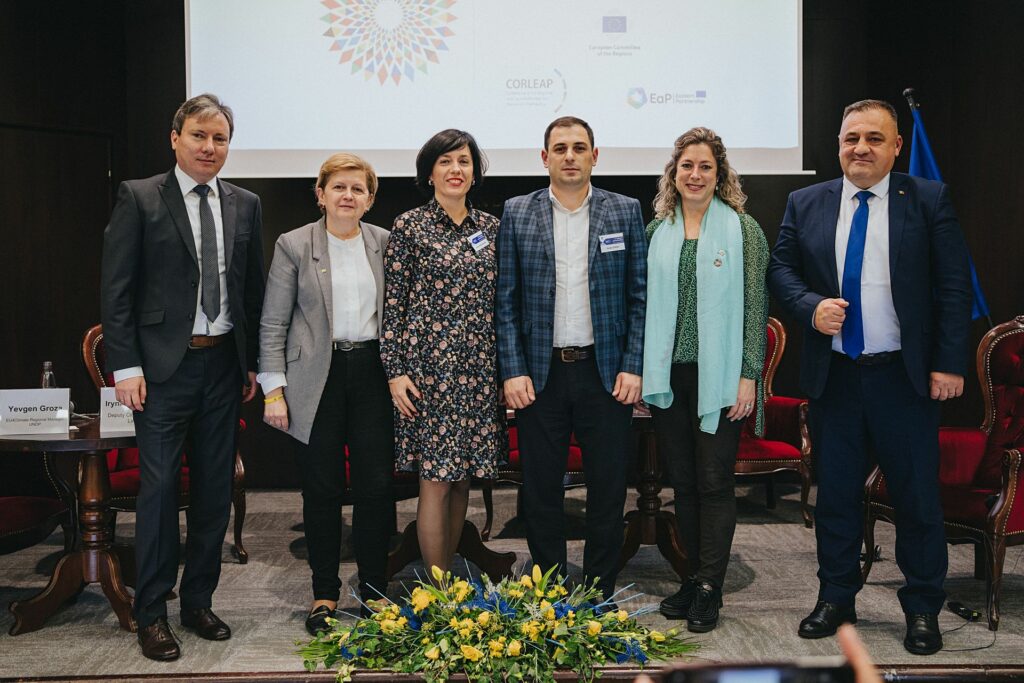 Panelists from the EU and Eastern partnership countries shared their experience in managing crises they faced such as natural disasters, climate change, pandemic situations, migration waves, and energy security and water. In reflecting on their best practices and preparedness for these situations, they shared insights on the effective crisis management system and cooperation of municipalities and regions in addressing the current Ukraine situation.

Conference participants also discussed themes such as decentralization, focusing on best practices of decentralization which proved the resilience of Ukrainian cities and municipalities during Russian aggression, and exchanged their efforts in striving for energy sufficiency to withstand Russia’s energy threats.

Recording of the conference is available here and gallery of images here.