EU4Climate assists Armenia and Moldova in alignment with the EU Emissions Trading System: reducing emissions where most cost-effective 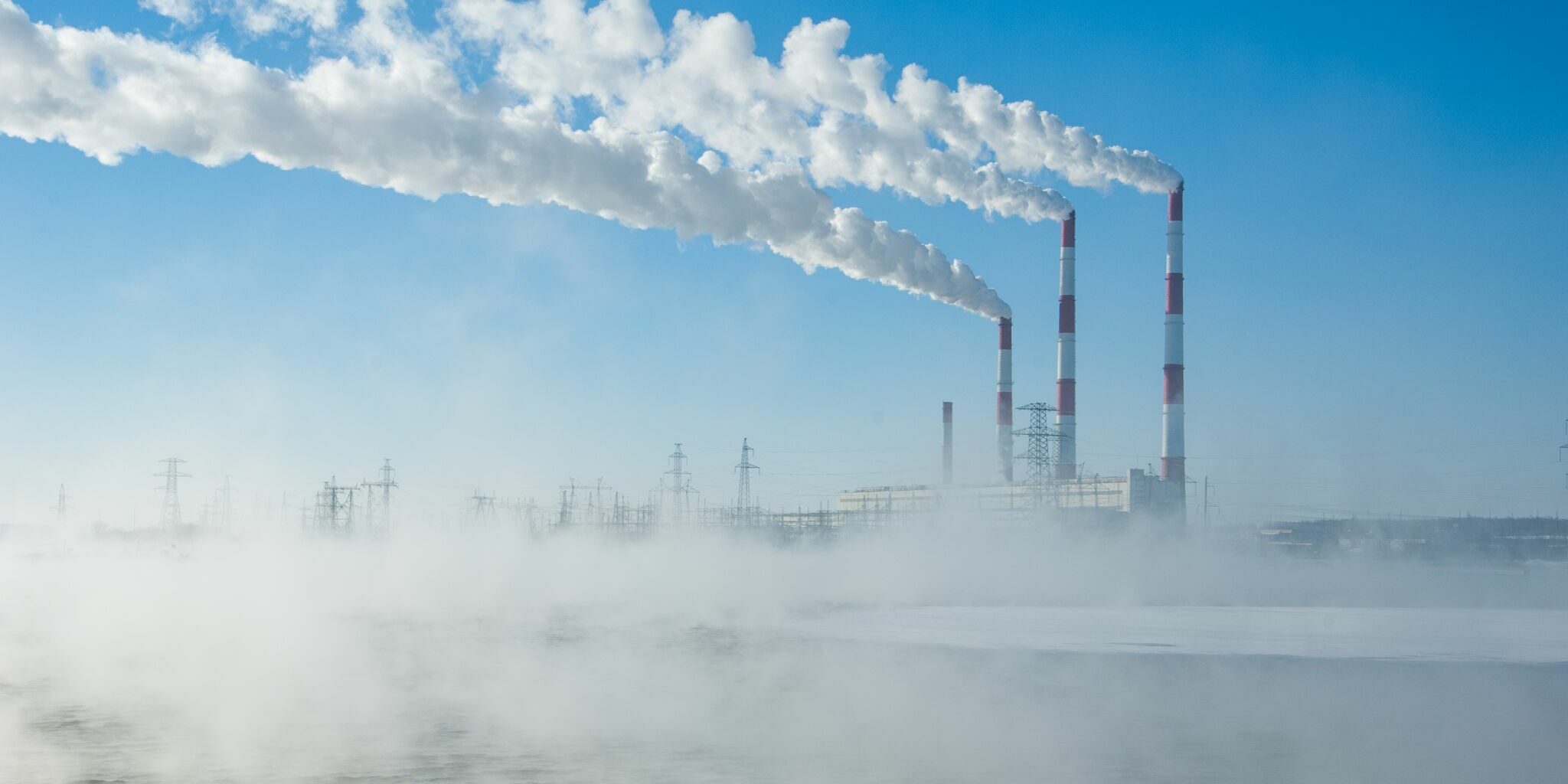 The European Green Deal has significantly increased the ambition of the EU Emissions Trading System (EU ETS) a cornerstone of the EU’s policy to combat climate change and a key tool in reducing greenhouse gas emissions cost-effectively. Since 2005, emissions in the sectors of power and heat generation, energy-intensive industrial sectors and commercial aviation within Europe, currently accounting for 41% of the EU’s total emissions have dropped by 43%. However, the need to introduce an even more ambitious target of achieving net emission reductions of at least 55% by 2030, compared to 1990 levels, has brought about a new revision of the EU ETS, a part of the Fit for 55 legislative package.

The new proposal includes a revised target to reduce emissions by 61% by 2030 (from -43%), compared to 2005 levels. The European Commission has also proposed a series of measures to help achieve this target; a one-off reduction of the overall emissions cap by 117 million allowances (“re-basing”), a steeper annual emissions reduction of 4.2% (instead of 2.2% per year under the current system) as well as changes to the free allocation of allowances, which would be gradually phased out. A new carbon border adjustment mechanism will put a price on the carbon content of imports of a targeted selection of products to ensure that ambitious climate action in Europe does not lead to “carbon leakage”.

The EU4Climate has been assisting Armenia and the Republic of Moldova in alignment with the EU climate acquis, including the EU ETS. Both countries have obligations about transposing the elements of the EU ETS stemming from their EU agreements; the Comprehensive and Enhanced Partnership Agreement (CEPA) and the Association Agreement (AA) respectively. For both countries, the introduction of the carbon border adjustment mechanism (CBAM) with reporting obligations from 2023, will make the alignment with the EU ETS even more timely and justified.

For Armenia, Annex IV to the CEPA Chapter 4: Climate Action, under Title V: Other cooperation policies, the Republic of Armenia undertook to gradually approximate its legislation to certain selected provisions of the ETS Directive (2003/87/EC). These relate to establishing a system for identifying relevant installations and identifying greenhouse gases (Annexes I and II to the ETSD), establishing monitoring, reporting, verification and enforcement systems, and public consultation procedures (Articles 14, 15, 16(1) and 17 of the ETSD). Armenia is also expected to set up a competent authority/authorities (CA/CAs) overseeing and implementing these provisions, adopting national legislation that would lead to the transposition of these provisions to Armenian law. In line with CEPA, the deadline for these actions has been set to 1 March 2029.

To assist with that objective, the EU4Climate has prepared the Roadmap to Monitoring, Reporting and Verification (MRV) of GHG emission at the installation level in Armenia, which provides steps to fulfilling the CEPA ETS-related obligations. The document proposes that the following is implemented by Armenia:

– Adoption of national legislation and designation of competent authority/ies;

In the process, Armenia will have to address the roles and obligations of all the stakeholders involved, including the operators of industrial installations, competent authority, verifiers and environmental inspections. The establishment of the system for identifying the relevant installations and gases will assist in identifying the industrial installations subject to the ETS Directive-relevant MRV, as well as introducing the MRV procedures. The Roadmap has also provided a provisional timeline for the implementation of the ETSD MRV system in Armenia. In the next step, the Project will prepare a Study on carbon pricing options, currently being drafted.

For the Republic of Moldova, the following provisions of the Association Agreement, Chapter 17, Article 92-97, Annex XII  on the EU ETS Directive should apply:

In line with the AA, those provisions should be implemented by September 2022. However, in the meantime, the Republic of Moldova has been granted a candidacy status and will therefore need to fully transpose the ETS Directive.  The EU4Climate has assisted in preparing the Action Plan for implementing the Roadmap for Moldova’s alignment with climate acquis which anticipates the full transposition of the ETS Directive.

The Action Plan provides several recommendations in this regard; 1. Partial transposition of the Directive – In the first phase, the provisions by art.4-7 from Directive 2003/87/EC on greenhouse gas emissions permits which have been transposed in the draft of the Industrial Emissions Law and the completed draft of the Regulation on monitoring, reporting, and verification of greenhouse gas emissions from stationary installations (art.14 from Directive 2003/87/EC). Annexes I and II of the Directive 2003/87/EC (establishment of a system for identifying relevant installations and for identifying greenhouse gases) have been also transposed in the draft of Regulation.; 2. Full transposition of the ETS Directive and provisions on carbon pricing (by the end of 2025). The document also provides recommendations to adopt the Industrial Emissions Law (integrated environmental permit) and Regulation on MRV from the stationary installations, as well as full transposition of the regulations on MRV (EU 2018/2066) and on accreditation and verification (EU) 2018/2067.

The Project also assisted with preparing the Regulation on monitoring, reporting and verification of GHG emissions from stationary installations, including Annexes 1 and 2 on the list of activities under the ETS Directive and list of GHG gases included, respectively. The Regulation proposes the Environment Agency as the body that keeps the national register of emissions and all operators and is responsible for issuing the integrated environmental permit. The Regulation also provides information on the guidelines for MRV, details of the monitoring plan and its approval, submission of annual reports, which are verified by the National accreditation centre of Moldova, verification process and access to information.

For 2023, the EU4Climate will be assisting Moldova with the draft Regulation on the accreditation of ETS Directive verifiers, the development of a decarbonization roadmap for an installation potentially included under ETS and training for the private sector (at least 25 people from the private sector trained on the MRV at the installation level implementation).

The transposition of the ETS MRV and enforcement frameworks to the Armenian legal framework and practice would result in improving data collection and analysis in the bottom-up approach, from the level of industrial installations, contributing to a better reporting of the GHG emissions in Armenia on the national level. Another argument in support of the close implementation of the MRR and the AVR by Armenia is the EU plans to introduce a carbon border adjustment mechanism (CBAM), with reporting requirements from 2023. The European Green Deal envisages that by 2050 the EU will become carbon neutral. The effort leading to carbon neutrality will be shared between the ETS and non-ETS sectors.

However, to ensure that the European industry has a level playing field with industries outside of the EU and that carbon emissions are not in fact shifted to other non-EU destinations and then perhaps re-imported with goods, the EU will introduce a carbon border adjustment mechanism. This may impose a comparable carbon price (carbon tax) on imports of goods from countries that are considered lax in their mitigation policies. The institutional readiness and the appropriate legal and regulatory measures in place could be a bonus to the companies exporting their products to the EU as Armenia could set up measures equivalent to the carbon border adjustment measures (CBAM) planned by the EU and demand an exemption from the CBAM for its companies, or the companies could use verified emissions reports to address the requirements of the CBAM. The approximation of Armenian laws to those of the EU may also bring in additional investment from the EU member states.

Moldova’s alignment with the EU-ETS Directive shall be an efficient instrument to enhance the competitiveness of the Moldovan industry and also attract foreign investors and partners; improving the performance of operators; achieving the long-term goal of modernization and innovation to reduce greenhouse gas emissions.