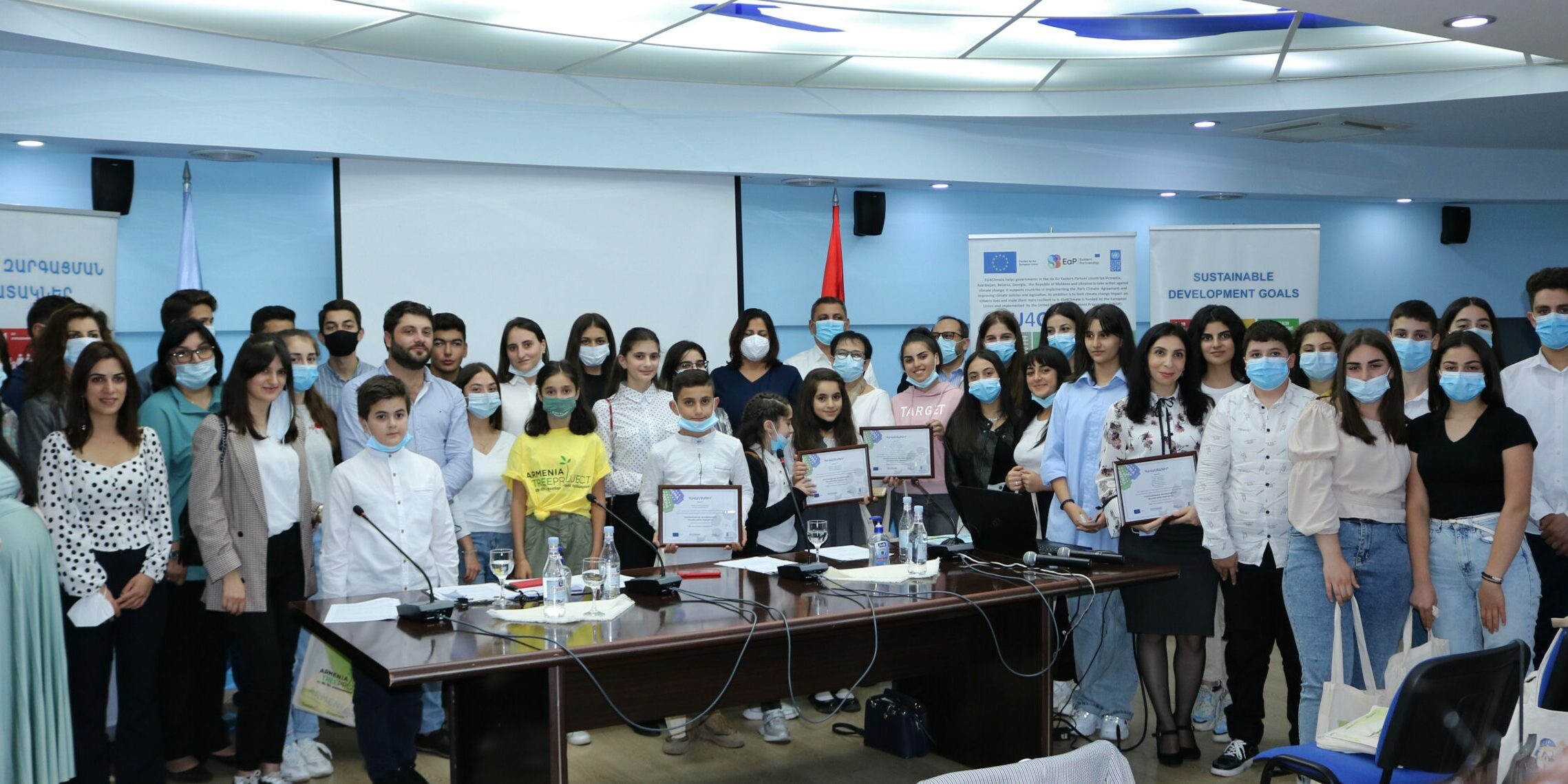 On the 4th of October, the Award ceremony of the youth video contest dedicated to World Environment Day took place at UN House in Armenia.

“The European Union is at the forefront of the fight against climate change. It has set very ambitious goals for emissions reductions and it aims to be the first continent worldwide to become climate neutral in 2050. It is also acting on the international scene to encourage other countries around the globe to reduce their emissions. Part of this fresh drive has been inspired by young people worldwide, who have voiced their concerns, and asked world leaders to take action to halt global warming. The green transition will change the way food is produced and consumed, the way people travel and move, and much more. To get there, everyone will need to do their bit”, as recalled by the EU Ambassador to Armenia, Andrea Wiktorin.

The competition was announced in the frames of the “EU4Climate” project, which is funded by the European Union and implemented by the United Nations Development Programme. The contest entitled “Ecosystem Restoration” was organized by UNDP Climate Change Program in cooperation with the “Armenia Tree Project” Charitable Foundation (ATP) for the middle (grades 5-9) and high school (grades 10-12) students. The Award ceremony was attended by representatives from UNDP in Armenia, ATP, the “Innovative Solutions for Sustainable Development of Communities” NGO (ISSD), the winner teams, and the team lead teachers. ATP Executive Director, Jeanmarie Papelian, UNDP Armenia Climate, Environment and Resilience Portfolio Manager, Hovhannes Ghazaryan, UNDP Armenia Climate Change Programme Coordinator, Diana Harutyunyan and “EU4Climate” project-Armenia Task Lead, Artak Baghdasaryan, welcomed the students and congratulated them on their achievements. 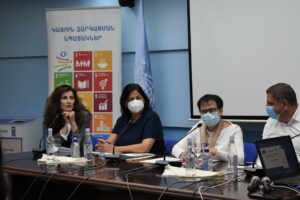 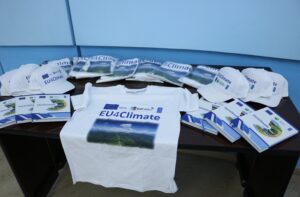 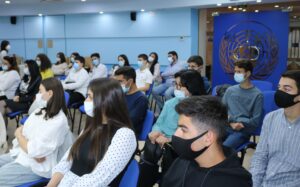 The speakers highly emphasized the role of young people and their initiativeness for raising public awareness on environmental issues and proposing their own unique solutions to these issues, as well as calling for higher public responsibility and encouraging fellow citizens to care about the environment.

Izsabella Khachatryan, a representative from ISSD, briefed on the types of waste, proper sorting of the waste and recycling, the current situation in Armenia in this regard, as well as shared some useful tips for waste sorting in everyday life.

About 370 students from middle and high schools of Yerevan and Marzes participated in the contest and more than 90 team applications were received, of which 6 teams were recognised as finalists in the “middle school” and “high school” categories.

The ideas presented in the winner videos had a wide spectrum of thematic directions, ranging from saving natural resources, proper collection of plastic waste, batteries and recycling, to protecting water resources from plastic pollution, limiting deforestation and air pollution and advancing “green” lighting for streets and houses, using LED lamps. 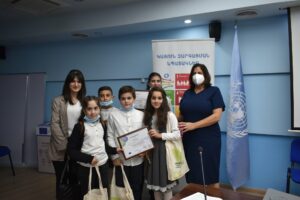 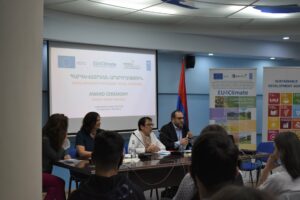 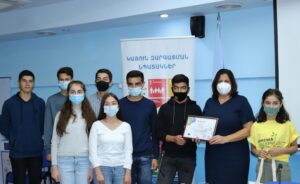 The event served as an effective platform for young people to strengthen their knowledge of the concept of climate change, to learn more on UN Climate Agenda, to explore the actions of international organizations in the fight against climate change in Armenia, including UNDP Armenia’s activities for climate change mitigation and, more specifically, the support rendered to the country within “EU4Climate” project. 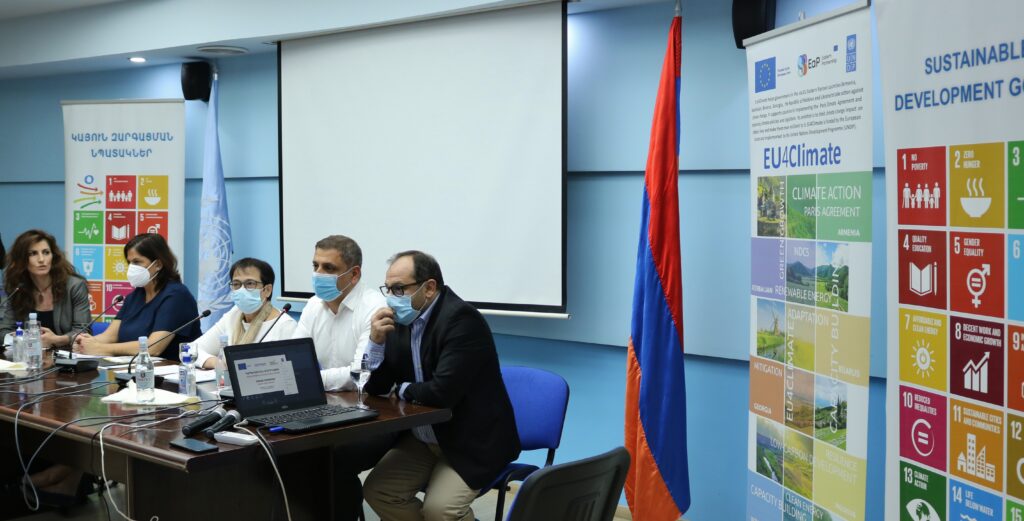 It was also an excellent opportunity for networking between the schools and establishing sustainable cooperation for implementing joint initiatives on environmental protection and sharing good practices in the future.