EU Acquis and MRV roadmaps presented for Azerbaijan, towards the development of a National GHG Inventory System 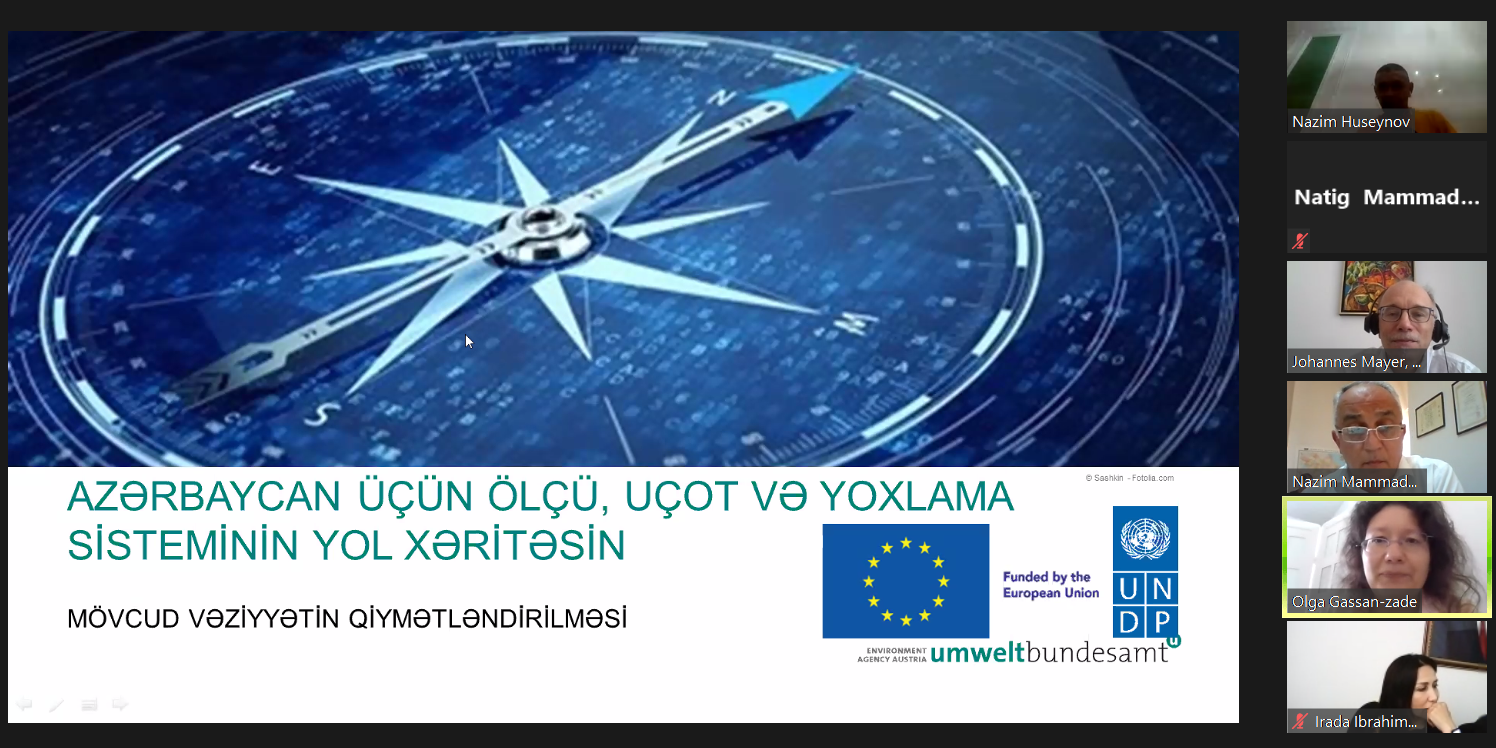 Key strategic roadmaps are set to help Azerbaijan meet its climate goals, including the development of a National GHG Inventory System

Strategic roadmaps have been developed to support Azerbaijan’s approximation with the EU Climate Acquis, together with a functional National Greenhouse Gas Emissions Inventory System. These proposed strategies are the outcome of gap analyses undertaken by the Environment Agency Austria to identify priority areas for climate-related reforms in Azerbaijan’s legal system. The analyses were conducted within the framework of the EU4Climate project.

Funded by the EU and implemented by UNDP, this project is helping the governments of the six EU Eastern Partner countries – Armenia, Azerbaijan, Belarus, Georgia, the Republic of Moldova, and Ukraine – to take action in response to climate change and to meet their international commitments. The key findings of the analyses were presented at an online workshop organised by the EU4Climate project on 16 July 2021. This workshop provided an opportunity to present and discuss the findings with the relevant institutions and organizations of Azerbaijan.

The workshop was opened by representatives of Azerbaijan’s Ministry of Environment, the EU Delegation, and UNDP.

The importance of the strategic documents for the country’s climate-related legislation was emphasised by the EU Delegation’s representative, Mr. Rainer Freund, who further informed the participants of a new legislative package proposed by the European Commission to help Azerbaijan implement the Green Deal, including the country’s pledge to reduce GHGs by 55 percent by the year 2030.

UNDP’s Deputy Resident Representative, Charu Bist, welcomed Azerbaijan’s commitment to increase its Nationally Determined Contribution to 37%: “Achieving this increase will require major efforts from the Government of Azerbaijan,” she explained, “especially in view of the country’s continued population growth and ongoing efforts to diversify the economy, including energy-intensive tourism and agriculture.”

The representative of Azerbaijan’s Ministry of Ecology and Natural Resources, Mr Yashar Karimov, expressed confidence that the country’s revised and updated nationally determined contributions (NDCs) would be completed before the UN Climate Change Conference due to be held in Glasgow in November this year.

Currently, the main priorities for Azerbaijan are the energy, transport, agriculture, industrial processes and waste management sectors and the ongoing works in the regained territories, said Mr. Karimov pointing out that “UNDP and the Ministry of Ecology and Natural Resources have a long history of close cooperation on environmental issues,” said Mr. Karimov. “We have jointly prepared four National Communications and two Biennial Update Reports, and we are currently working on the National Adaptation Plan.”

The unique challenges entailed for Azerbaijan in meeting its commitments on climate change were recognised by Johannes Mayer of the Environment Agency Austria. “Azerbaijan has become the strongest economy in the region through its pioneering developments in the fossil fuel industry” explained Mr Mayer. “This places a heavy responsibility on the country and a specific set of challenges in terms of climate adaptation. The transitions needed to achieve climate neutrality are much more difficult than those of many other countries.”

In addition to recommendations for the regulation of GHG emissions in Azerbaijan, the workshop presentation proposed a number of key actions needed to develop a sustainable system for the measurement, reporting and verification (MRV) of such emissions. These actions include the development and adoption of legally binding provisions for implementing a national MRV system, the establishment of an online MRV data management and reporting platform, the development of MRV guidelines and templates based on EU best practices, as well as emission-limit values for industries and particular stationary sources. International climate expert, Olga Gassan-Zade, stressed the importance of having an effective and sustainable National Greenhouse Gas Emissions Inventory System capable of reporting to a high standard, adding that: “The national MRV roadmap we have proposed on the basis of our gap analysis is designed to develop a well-established National System that will ensure the quality of national GHG reporting over the long term.”

Overall, the proposals are intended to guide Azerbaijan’s relevant institutions in prioritising actions and agreeing on a roadmap to fulfill its climate promise.