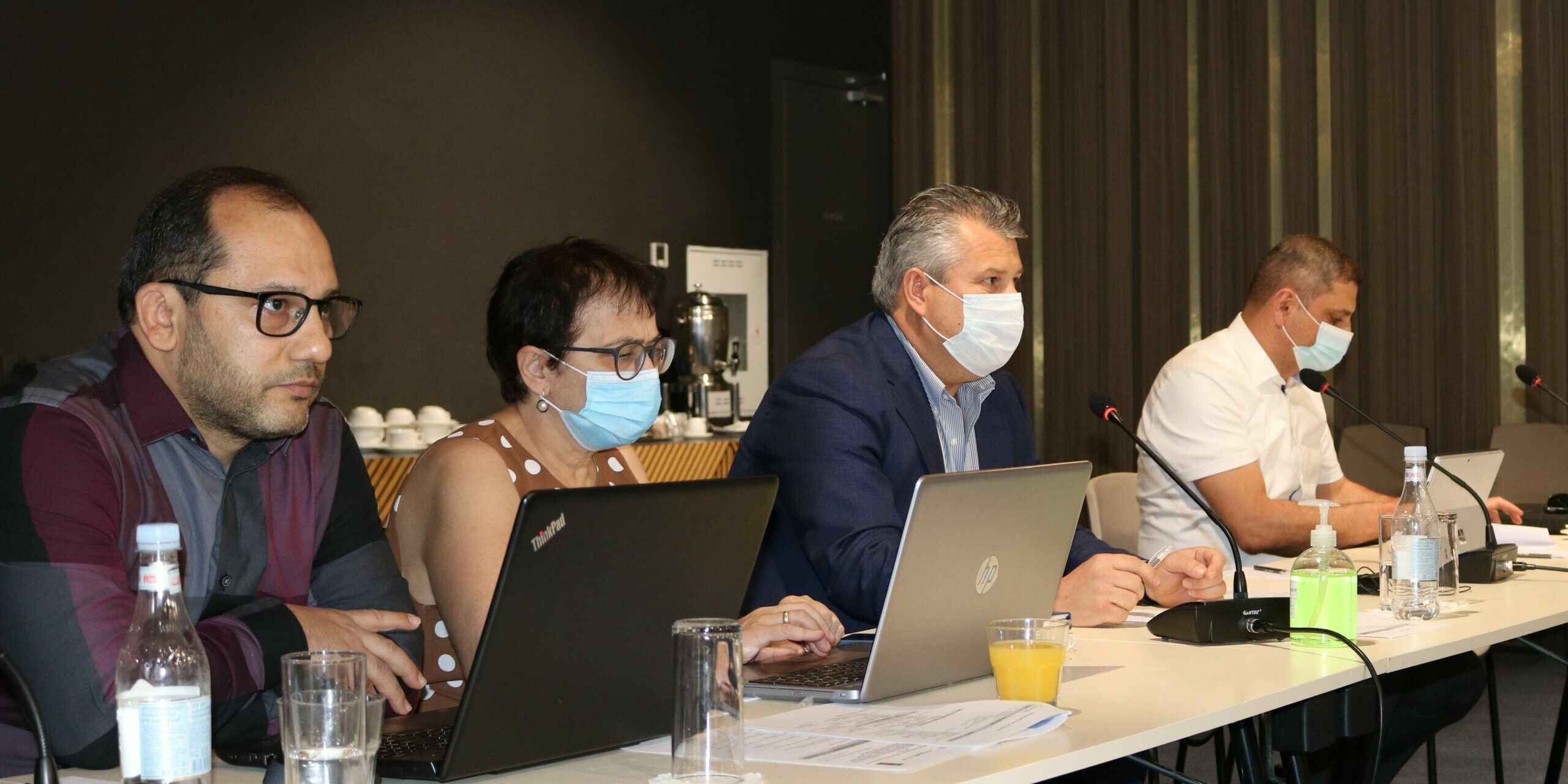 On 30 June, the workshop on “Roadmaps for Approximation with the EU Climate Acquis and Development of Functional Measuring, Reporting and Verification System (MRV) in Armenia”, organized within the “EU4Climate” EU-UNDP project, focused mainly on presenting the gap analysis of the current legislation and roadmaps outlining “EU4Climate” project support to actions needed for alignment with the EU climate-related acquis included in Comprehensive and Enhanced Partnership Agreement (CEPA) and improving the MRV system for greenhouse gas emissions.

With the participation of about 30 representatives the Delegation of European Union to Armenia and UNDP, Ministry of Environment, other state agencies and professionals in the field, the discussion built on analysis of the existing institutional and regulatory framework and the development of required actions for approximation with the EU legislation and improve the GHG inventory systems.

Mrs. Anna Mazmanyan, Deputy Minister of Environment, expressed her gratitude to the European Union’s support delivered to Armenia in realizing its climate agenda, “Substantial work is being done under EU4Climate project, that hugely contributes to our commitment for implementation of Paris Agreement, as well as in terms of adopting EU’s experience for combining it with local climate regulations.”

Welcoming the participants, Mr. Andrea Baggioli, International Aid / Cooperation Officer of EU Delegation to Armenia, mentioned, “The European Union remains faithful to its goals of reducing GHG emissions, promoting green transition and acting against climate change. This is possible through harmonization of EU policies and regulations based on CEPA and the Green Deal through close cooperation with the Armenian government, international partners, as UNDP in Armenia and other stakeholders. So far, a number of tangible results were reached within the EU4Climate project, including recent submission of Armenia’s ambitious 2021-2030 NDCs to the UNFCCC.”

Mr. Hovhannes Ghazaryan, Head of UNDP Climate Environment and Resilience Portfolio, stated, “UNDP facilitates and is privileged to have this roadmap of legal harmonization with EU regulations, and works towards enhanced capacity building, that will support the implementation of Paris Agreement, sustainable development and green recovery. This project is a unique initiative to develop climate policies while facilitating networking among EaP countries in harmonizing their policies to the EU’s regulations, sharing approaches and experiences on their NDCs, LEDSs, and mainstreaming climate in sectorial policies.”.

The representatives of EAA, Ms. Svetlana Zhekova and Ms. Maria Purzner delivered the results of gap analysis and the roadmap for approximation of climate-related EU acquis and the roadmap for GHG inventory development. Meeting the recommendations for approximation to EU climate acquis and development of national MRV system will have a long-term impact on the country’s implementation process of the Paris Agreement.

The workshop served effectively not only in terms of sharing proposed roadmaps, but also raised a useful dialogue between the participants, outlining their thoughts and concerns on the topic. The stakeholders’ and professionals’ comments will be further considered in planned activities.