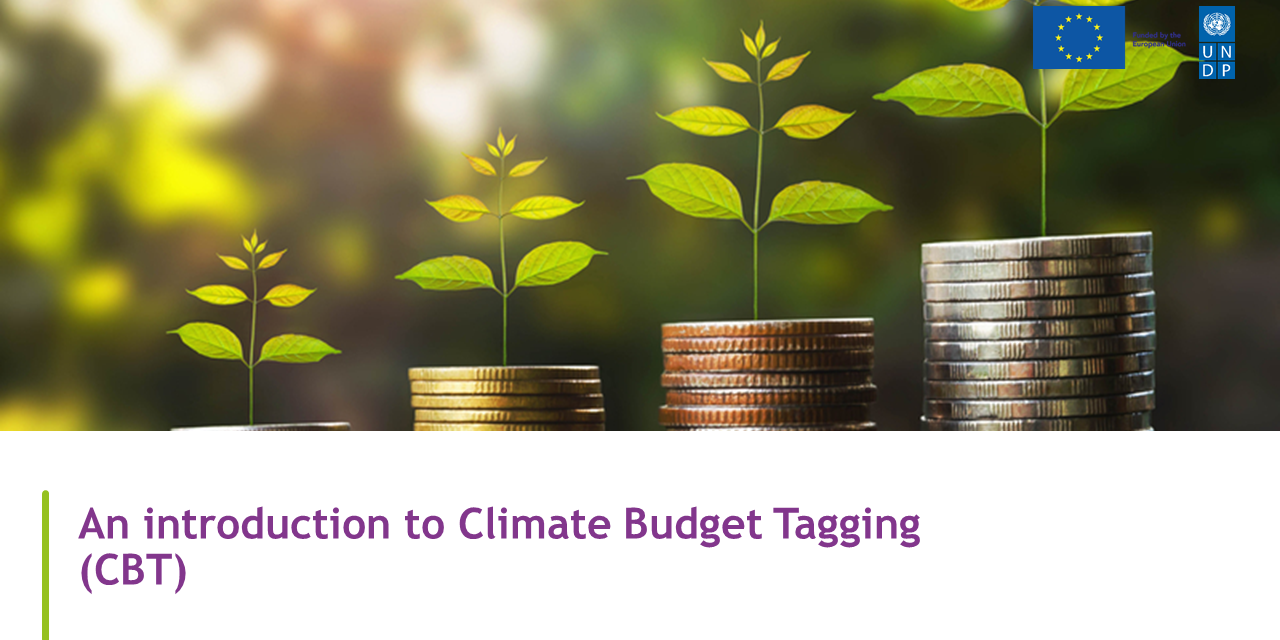 Aiming to support Eastern Partnership Countries with building the climate finance frameworks capacities, UNDP organised a two-day workshop on 29-30 June 2021, under the umbrella of the EU4Climate project, in partnership with the European Commission and the Eastern Partnership (EaP) countries. The webinar with over 100 participants discussed public climate finance, and specifically, the concept of climate budget tagging (CBT), highlighted key lessons learned from climate budget tagging exercises and opportunities to maximise the effectiveness of their use.

Michael Rupp, ​DG NEAR’s Team leader for European Green Deal and Connectivity in the Eastern Neighborhood, opened the event emphasizing the leading role of the EU in turning Europe into a carbon-neutral continent by providing significant financial support to unlock green investments and decarbonizing solutions, the fulfillment of climate targets will still require strong efforts and significant and effective funding, especially in post-COVID-19 recovery.

Designed for practitioners from the national ministries of finance and economy of the EaP countries, the workshop enabled those countries to effectively apply best practices in the EU and globally in budgeting national resources for a sustainable low-carbon transformation.

The presentation of the current state of play on national climate finance frameworks by the EaP country representatives informed about the efforts that Armenia, Azerbaijan, Belarus, Georgia, Moldova, and Ukraine put to analyse the climate public expenditures which can provide opportunities to integrate climate change into the national and subnational budgets, at the same time also exercising climate budget tagging to increase the ambition of climate policy development.

Climate budget tagging was introduced by John Ward (Climate finance expert of UNDP). Mr. Ward explained the basic concept behind the development of climate budgeting and some of the main reasons different countries have developed the approach defining CBT as a government-led process of identification, measurement, and monitoring of climate-relevant public expenditure. In that regard, four main aspects were emphasized: what is CBT, why it is important to undertake CBT, the key steps and critical success factors of CBT. CBT is a wide approach that can be applied to mitigation and adaptation scenarios.

As a practical case of applying the budget tagging, key results of CBT pilot activity undertaken in Armenia in 2020 were presented. Some of the key findings of this exercise included that around 3.2% of the state budget expenditure was climate-related between 2017 to 2019. Notably, most of the climate-related expenditures were focused on adaptation given a low priority of climate change issue for the Armenian government before. Some of the key recommendations that arise from the CBT exercise for Armenia include developing a National Adaptation Plan and a Low Emissions Development Strategy (LEDS), considering climate impacts when prioritising investments and programs.

The budget tagging exercise by workshop participants was helpful and provided tools to give the correct weight to sectors in the future in a CBT assessment showing that some sectors are easier to weigh such as the agriculture and forestry sectors due to their clear alignment with climate change mitigation and adaptation benefits. However, some other sectors were more difficult to identify due to their climate change benefits. Also, the weight was difficult to identify in the subnational but easier at the national level, due to cooperation and coordination issues.

Maximizing the effectiveness of Climate Budget Tagging exercises: a forward-looking agenda presented by Adrian Fozzard (World Bank) informed about key findings from a recent World Bank report reviewing climate budget tagging exercises from around the world that provides details on the benefits countries have derived from climate budget tagging and insights on how the tool can be used most effectively. Adrian Fozzard remarked on the relevance of perceiving the climate budget as a tool for accountability and participation, stressing that this tool can encourage the shifting of resources and serve as a basis for discussion to define priorities with a different range of stakeholders’ construction of partnerships and ownership capacity.

At the end of the webinar all participants had concluding discussions in groups on planned CBT reviews in the EaP countries, and experience; expected benefits/value from CBT in the context of NDC development /implementation and financing plans; interest in complementary tools.

All presentations of the workshop can be downloaded here.