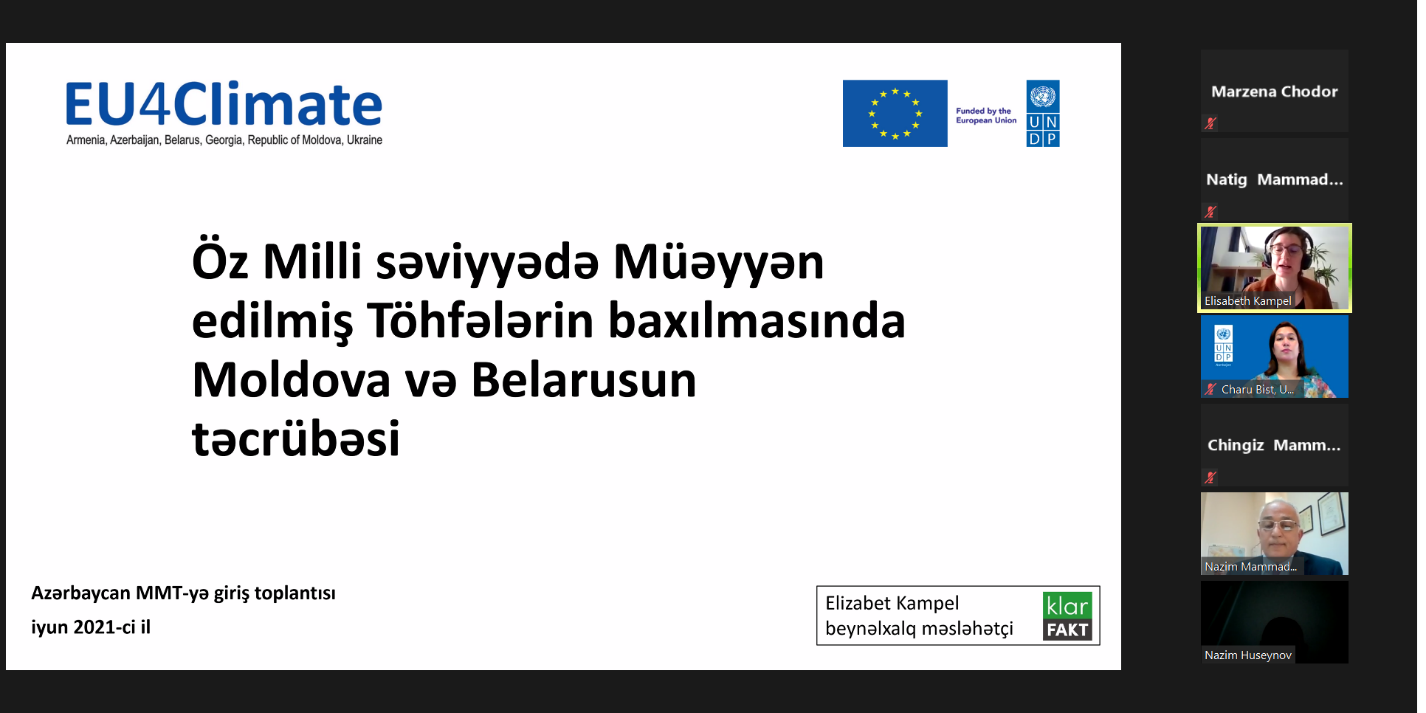 Climate change has emerged as one of the most important issues facing humanity in the 21st century. Countries’ climate pledges towards the Paris Agreement or Nationally Determined Contributions (NDCs) provide a framework for guiding national action on climate change mitigation and adaptation.

Workshop on Revising National Determined Contributions (NDC) for Azerbaijan organized by the EU4Climate initiative, an EU funded project implemented by the UNDP, was held on 1 June 2021 with the participation of representatives of the Ministries of Ecology and Natural Resources, Finance, Economy, Agriculture, Energy, EU Delegation and UNDP in the country as well as local experts. Priorities of Azerbaijan on climate change and plans on revising its NDCs were discussed alongside the necessity of updating the reference data.

“Nationally Determined Contribution Review and Update; Recommendations for Azerbaijan” was presented by Marzena Chodor, an international consultant (presentation available also in Azerbaijani). She has shared the international approach to the features of NDCs, their preparation process and steps as well as main characteristics. 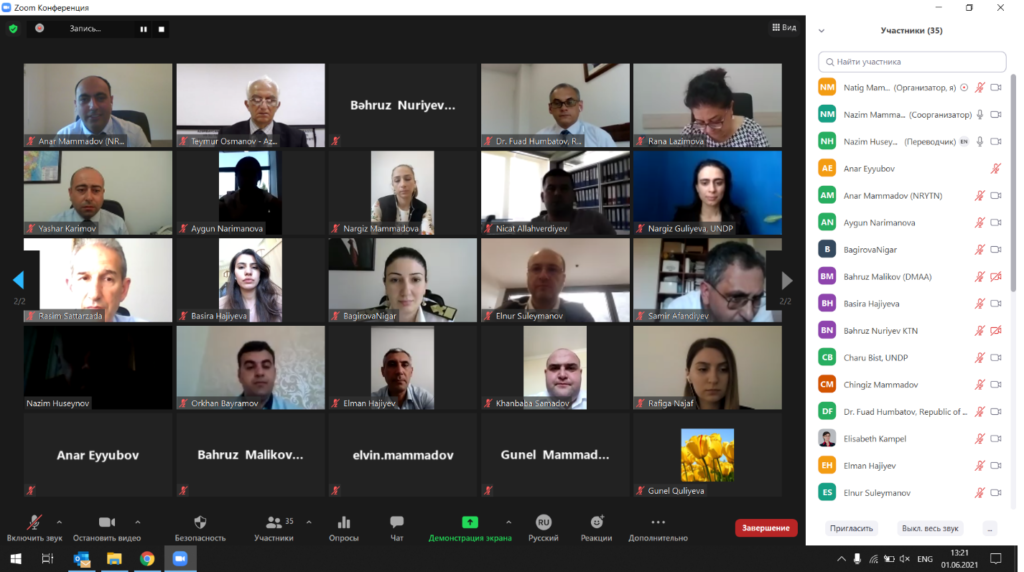 According to the discussions, the NDC ambition and scope are a political decision and an obligation to regularly update and communicate their NDCs when countries sign and ratify the Paris Agreement. While each NDC must represent progress compared to the previous one, the public consultation process is necessary to move from one NDC to the next. In this regard, mitigation is considered to be more important than adaptation in connection with the joint long-term goal of limiting Climate Change, except for the least developed countries.

Experiences from Moldova and Belarus revising their NDCs were presented by Elizabeth Kampel, an international expert (presentation available also in Azerbaijani). She has introduced the NDC revision processes in the respective countries by also sharing recommendations of having early stakeholder involvement, ensuring consistency, and planning for tracking the progress.

Conclusions driven from the discussions referred to updating and cross-referencing information on government policies and measures; including or improving the information on the MRV (structure, indicators, monitoring, and evaluation system), engagement of stakeholders, public consultation process, the inclusion of women, young people, vulnerable groups, indigenous people into the NDC planning and implementation.