Paving the way to a climate-proof future 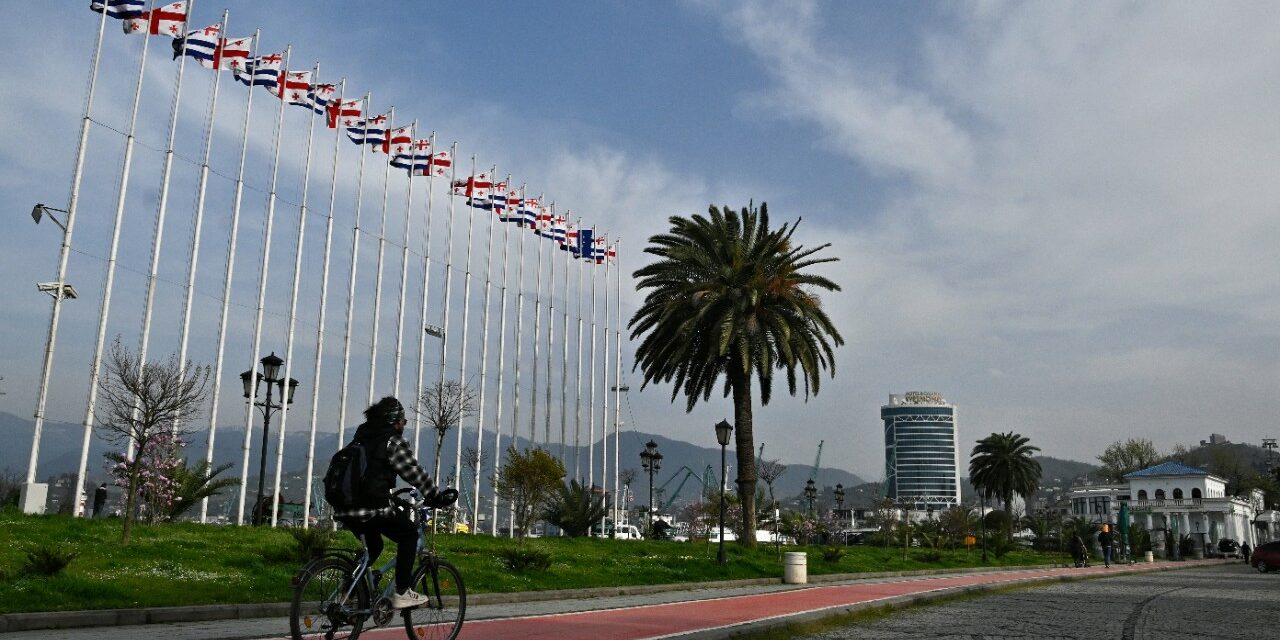 On the path to achieving a climate-proof future, Georgia is preparing a national strategy for low-emission development. The strategy will focus on transforming the economy and reducing greenhouse gas emissions by 2050, will include specific low-carbon development scenarios for key sectors and will define long-term priorities to mitigate climate change.

The Ministry of Environmental Protection and Agriculture (MEPA) is taking the lead in this effort with support from the European Union (EU) and the United Nations Development Programme (UNDP). The EU and UNDP assistance draw on the EU-funded EU4Climate programme.

On 24 and 25 May, specific low-carbon development scenarios for eight sectors of Georgia’s economy (agriculture, buildings, energy, forestry, industry, land use, transport and waste management) were discussed at a workshop organized by the EU, UNDP and MEPA in partnership with the Regional Environmental Centre for the Caucasus.

“The Long-Term Low-Emission Development Strategy 2050’ will be based on the latest scientific research to address Georgia’s climate goals and economic priorities,” said Deputy Minister of Environmental Protection and Agriculture Nino Tandilashvili. “Georgia already submitted its updated Nationally Determined Contributions and adopted the Climate Strategy and the Action Plan. The strategy for low-emission development will mark the next step in planning the national climate mitigation measures.”

“The EU welcomes bold steps made by the Georgian Government to adopt a long-term low-emission development strategy that will help to make national development climate-compatible and define concrete priority directions for Georgia to meet its climate objectives,” said Alexandre Darras, Team Leader on Connectivity, Energy, Environment & Climate Change at the EU Delegation to Georgia. “The EU4Climate programme assists Georgia and the other Eastern Partnership countries in fulfilling climate and energy commitments undertaken under the EU Association Agreement, the Paris Agreement and the Energy Community Treaty.”

On 5 May, Georgia submitted it’s updated Nationally Determined Contributions (NDCs) to the United Nations Framework Convention on Climate Change (UNFCCC), pledging to unconditionally reduce national emissions by 35 percent below its 1990 baseline by 2030. At the same time, the country adopted its new Climate Strategy and the Action Plan, setting out concrete steps to achieve this ambitious goal.

The ‘Long-Term Low-Emission Development Strategy 2050’ complements these commitments by presenting a long-term vision of low-carbon development and supporting Georgia’s progress toward a climate-resilient and economically and socially prosperous society.

The national ‘Long-Term Low-Emission Development Strategy 2050’ is expected to be finalized by September 2021. After adopting the Strategy, the Government of Georgia will submit it to the UNFCCC secretariat.

The EU4Climate programme is designed to assist Georgia and other Eastern Partnership countries mitigate climate change by reducing their greenhouse gas emissions and adapt to its effects by introducing climate-sensitive policies. The programme is funded by the EU and implemented by UNDP in the six Eastern Partnership countries (Armenia, Azerbaijan, Belarus, Georgia, Moldova and Ukraine). Drawing on a total budget of EUR 8.8 million, the four-year EU4Climate programme will continue until the end of 2022.