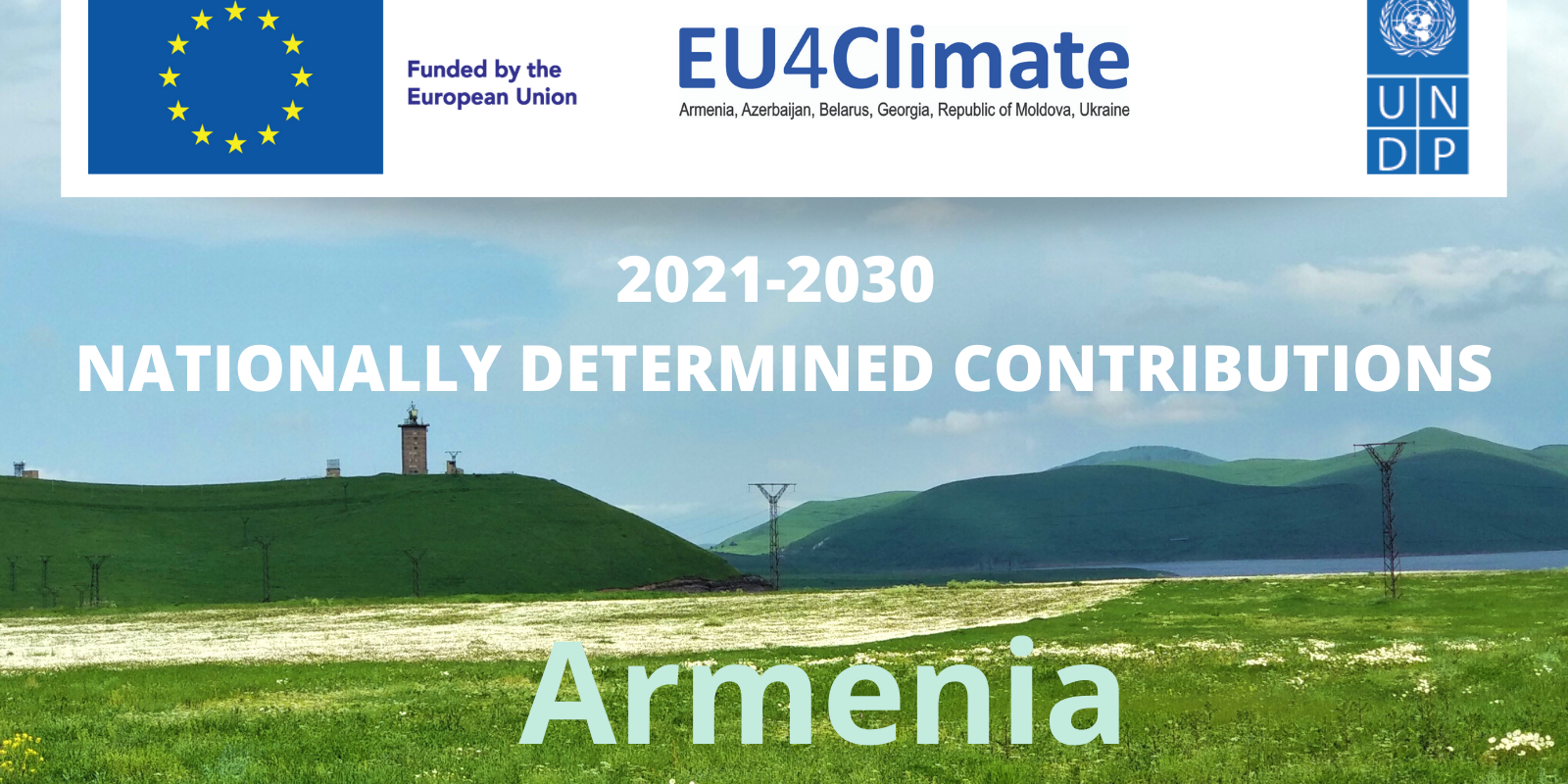 Yerevan – 30 April 2021 – The Ministry of Environment of the Republic of Armenia presented its updated national climate pledge to the United Nations Framework Convention on Climate Change (UNFCCC), marking its renewed commitment for the period of 2021-2030 to the landmark Paris Agreement, by which world leaders universally agreed to advance climate actions to limit temperature rise to well below 2 degrees Celsius while pursuing efforts to limit to a safer 1.5 degrees.

Under that agreement, countries agreed to develop climate pledges – also known as ‘Nationally Determined Contributions’ or ’NDCs’ – that taken together will help tackle global warming. The agreement also calls on countries to revise and strengthen their NDCs every five years. However, it is increasingly apparent that urgent steps must be taken to reverse current unsustainable greenhouse gas emissions trends, urging governments to commit to ambitious pledges that leave no one behind.

Some key components of Armenia’s new pledge include:

“The EU has supported Armenia to deliver ambitious actions in the framework of the EU-Armenia Comprehensive and Enhanced Partnership Agreement and the regional project EU4Climate. Today we have collectively contributed to the urgent need for enhanced global green growth ambition,” stated EU Ambassador, Andrea Wiktorin.

“Armenia’s NDC 2021-2030 demonstrates not only our increased climate ambitions but also sets country’s approach of rethinking of economic development patterns and accelerating actions towards the transition to a more sustainable, resilient, and low-carbon economy. This transition is at the core of the country’s energy independence, energy security, and green growth. Our vision of resilient and low carbon growth is linked to our solid adaptation strategy, based on the ecosystem approach, reforestation, attracting investments in renewable energy and energy efficiency,” mentioned Romanos Petrosyan, the Minister of Environment of the Republic of Armenia.

“In response to the growing impacts of climate change, UNDP remains faithful in its promise of supporting Armenia for implementing its ambitious climate agenda in several key areas through enhancement of its NDC implementation, enabling the transition towards sustainable development, and establishing transparency framework for monitoring and reporting progress. To build climate change resilience and foster decarbonization UNDP will continue to mobilize its unique global position and resources to accelerate this green transition in Armenia,” stated Mihaela Stojkoska, UNDP Resident Representative a.i. in Armenia.

With the updated climate pledge, Armenia takes the momentum to be even more integrated into the global climate agenda and enhances the country’s commitments under the Paris Agreement.