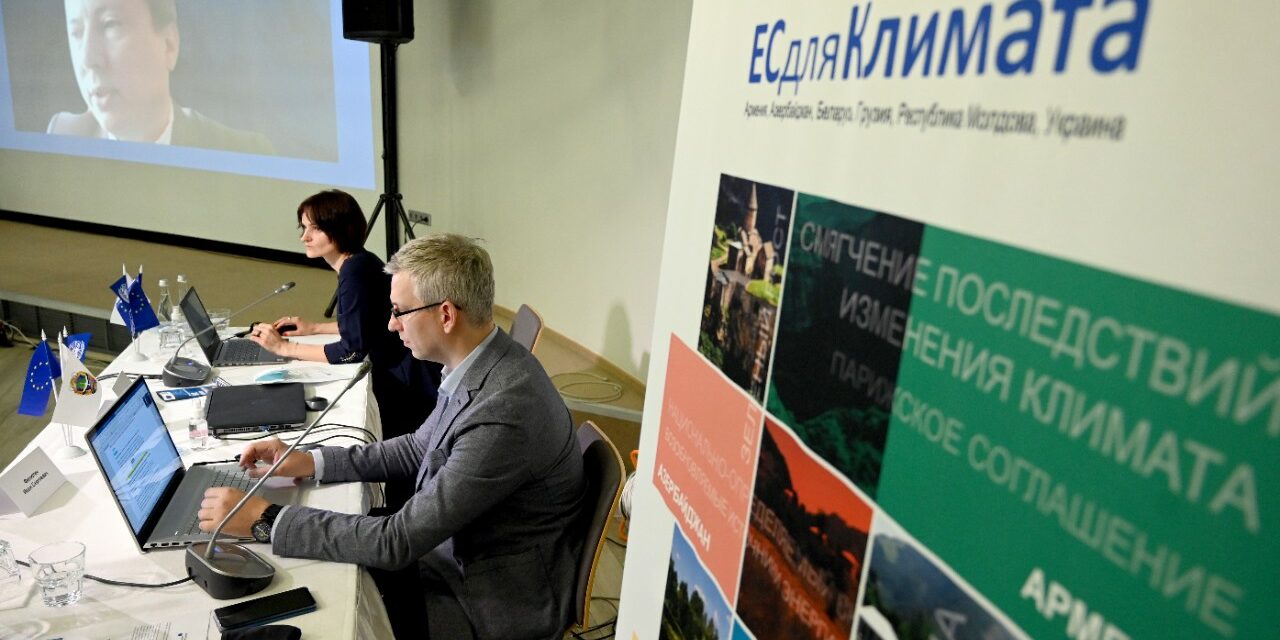 The United Nations Development Programme (UNDP) in Belarus together with the Ministry of Natural Resources and Environmental Protection (MNREP) and the Delegation of the European Union to Belarus (EU) held a working meeting* to discuss the second Nationally Determined Contribution (NDC) of the Republic of Belarus under the Paris Agreement on February 25, 2021.

The world’s largest public opinion poll on climate change, conducted by UNDP and published in January 2021, showed that 64% of the world’s population considers climate change a global emergency. In 2016, the Republic of Belarus ratified the Paris Climate Agreement and pledged to reduce greenhouse gas emissions. Thus, Belarus has determined its Nationally Determined Contribution – to reduce CO2 emissions by 28% by 2030 compared to the 1990 level. However, every five years the commitment shall be updated to increase its ambition.

“UNDP highly appreciates the commitments by the Republic of Belarus to reduce greenhouse gas emissions, as well as to increase the ambition of the second NDC. Among others, it became possible due to UNDP’s  Climate Promise, an effective tool to increase the ambition of the countries’ NDCs. Low-carbon development is a common goal, which can only be achieved through joint efforts. The work should be carried out in сlose collaboration of all interested stakeholders, including academia, business, and sectors – energy, industry, agriculture and forestry – could help reach the joint target. I would like to emphasize the importance of the involvement of the national partner MNREP and all subordinate organizations. We are also glad that the European Union shares its practical experience with us and provides all-round support”, – said Alexandra Solovieva, UNDP Resident Representative in Belarus.

“In accordance with the Paris Climate Agreement, Belarus and other countries of the Eastern Partnership are now actively working on updating their NDCs, as well as to set targets for climate change mitigation and adaptation. Within the framework of the EU4Climate project, the European Union helps Belarus to achieve its goals by exchanging international experience, best practices and solutions to problems that may arise in the implementation of these plans” – emphasized Tomas Stravinskas, EU Delegation Programme Manager.

At the working meeting, representatives of the EU, UNDP, MNREP, ministries and subordinate organizations, public associations, non-governmental organizations, academia, international and national NDC experts considered the results of the work carried out to determine the second NDC of the Republic of Belarus until 2030, and also discussed technical and economic perspectives included in each of the CO2 reduction scenarios. The experts shared compiling projections of greenhouse gas emissions and a comparative analysis of the ambition of the proposed NDC with other countries. It is expected to make a collegial decision on the second Nationally Determined Contribution in the nearest future, which will subsequently be submitted to the Secretariat of the United Nations Framework Convention on Climate Change.

* The meeting was organized within the framework of the EU / UNDP project “EU4Climate”, the national partner of which is the MNREP. The project aims to integrate the tasks of reducing greenhouse gas emissions and resilience to climate change into the policy of the Republic of Belarus.

EU4Climate aims to assist the Government of the Republic of Belarus to implement its greenhouse gas (GHG) emission reduction commitments and climate-resilient development under the Paris Agreement.  The objective of the project is to support the development and implementation of climate-related policies in the Republic of Belarus.  EU4Climate is funded by the EU and implemented by the UNDP.