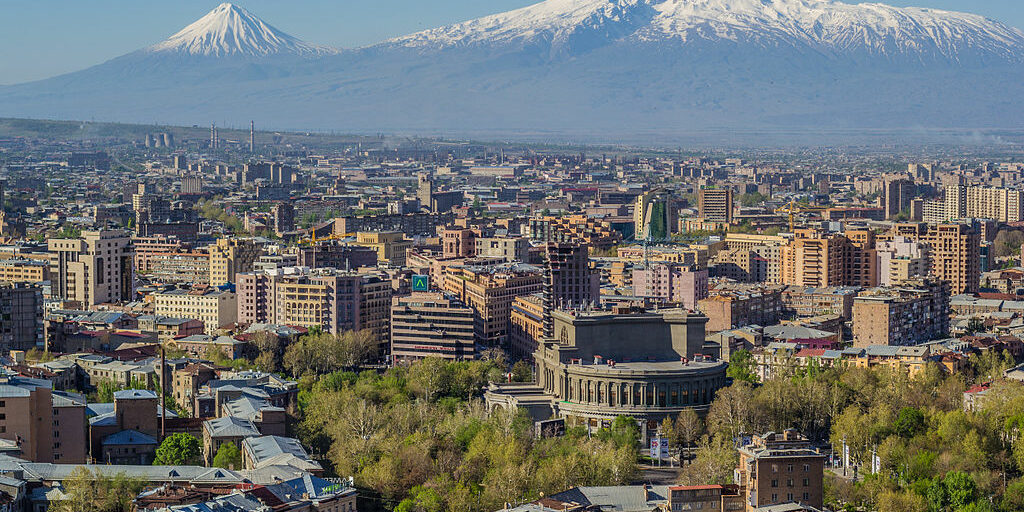 On 17th of August, the “National workshop on climate change budget tagging” was held online in the framework of “EU4Climate” regional project, funded by the European Union and implemented by the UNDP in Armenia.

The purpose of the workshop was to review the current achievements of the study, to address the methodological background of the exercise, to discuss and plan the next steps for completion of the exercise efficiently.

Due to its importance and multi-aspect nature, the study on climate finance budgeting and expenditure tracking is ranked highly among the stakeholders and around 30 participants from various state agencies, expert groups and donors were participating in the event.

Mihaela Stojkoska, the Deputy Resident Representative of UNDP in Armenia, welcomed the workshop participants and emphasized the role of better collaboration between the relevant ministries, local and international partners in developing resilient climate policies, provided climate change is a cross cutting issue.

“Any policy becomes relevant the moment it has the allocation of financial resources for it. Therefore, the “EU4Climate” project has all the mechanisms and tools in this regard that will allow to place alongside the climate change mitigation and adaptation measures with the volumes of allocated financial resources,” said Mihaela Stojkoska.”

Andrea Baggioli, the International Aid/Cooperation Officer of the European Union Delegation to Armenia highlighted the importance of implementation of the study, provided it will allow to reveal the exact level of financial resources spent for the implementation of climate-related policies, as well as will raise awareness on climate finance budget tagging. In terms of environmental protection, climate change mitigation and adaptation, Andrea Baggioli referred to the key role of “EU Green Deal” and Armenia-EU Comprehensive and Enhanced Partnership Agreement (CEPA) for development and further elaboration of this study.

On behalf of the RA Ministry of Environment, Ruzanna Grigoryan, the Head of the International Cooperation Department, and Ruzanna Gabrielyan, the Head of Budget Process Organization Department on behalf of the RA Ministry of Finance, delivered welcoming speeches, highlighting the versatility of climate change challenges and the need for a constructive dialogue between the state agencies and willingness to cooperate more actively with the expert team in further processing of the document.

Vahan Sirunyan, the National Expert of “EU4Climate” project on climate change budget tagging and programming, presented the Climate change budget integration index (CCBII) assessment results for Armenia, including the methodology of CCBII calculation as well as the main findings and recommendations.

At the closing of the workshop a discussion emerged between the stakeholders and participants, during which the presented approaches were discussed, and ideas were exchanged. In terms of cooperation, Tatevik Koloyan, the Officer of UNDP’s newly launched “Financial framework for Sustainable Development Goals Program”, expressed hope for productive partnership with the“EU4Climate” project.

Diana Harutyunyan, the UNDP Climate Change Programme Coordinator summarized the key observations and presented the actions to be taken towards development of the country tailored model of climate budget tagging, calling for active participation of the stakeholders in the development process of the study.

The study on climate finance budgeting and expenditure tracking will be an important milestone in addressing Armenia’s climate-related policy ambitions and goals, as well as will be an effective leverage of financial resources available for that purpose.

“EU4Climate” helps governments in the six EU Eastern Partner countries, including Armenia, to act against climate change. It supports countries in implementing the Paris Climate Agreement and improving climate policies and legislation. Its ambition is to limit climate change impact on citizens’ lives and make them more resilient to it. EU4Climate is funded by the European Union (EU) and implemented by UNDP.