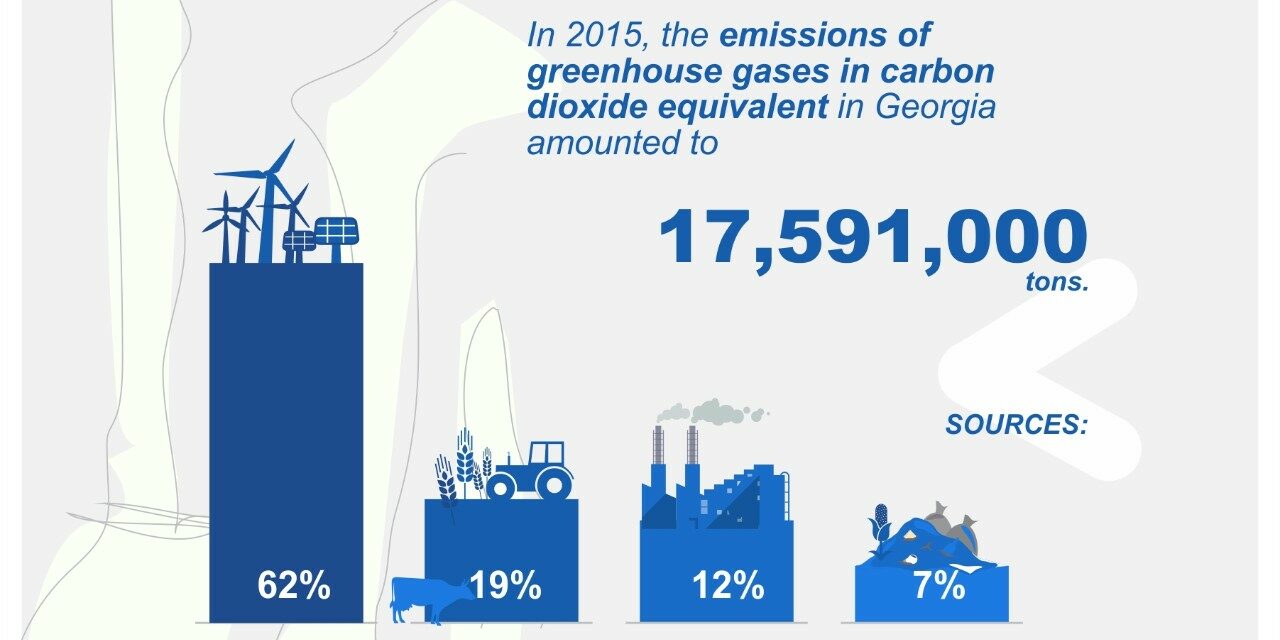 The battle against COVID-19 is at the top of the policy agenda, but measures to fight climate change should not be forgotten in the pandemic. This was the consensus today as Georgian representatives met with European Union (EU) and Energy Community counterparts to discuss how to ensure that Georgia’s climate and energy legislation works to reduce greenhouse gas emissions in line with EU standards.

The meeting was organized as part of the EU4Climate programme that is funded by the EU and implemented by the United Nations Development Programme (UNDP) in the six Eastern Partnership countries: Armenia, Azerbaijan, Belarus, Georgia, Moldova and Ukraine. The focus of discussion was a roadmap developed to assess Georgia’s current climate policy, pinpoint challenges and gaps and propose a way forward.

“The pandemic shows what happens when we fail to respect the natural environment,” said UNDP Head Louisa Vinton. “Climate change is the result of similar disrespect for our planet and poses similarly dramatic threats to lives and livelihoods. That is why we cannot lose sight of the need to reduce greenhouse gases and prepare for the impact of climate change even as we seek to protect the economy from the pandemic.”

“In the framework of the EU4Climate programme, we are examining Georgia’s climate policies and legal framework to reveal the gaps and present recommendations,” said Alexandre Darras, Team Leader on Connectivity, Energy, Environment & Climate Change at the EU Delegation to Georgia. “This roadmap will assist Georgia in fulfilling climate and energy commitments undertaken under the EU Association Agreement and the Energy Community Treaty.”

The meeting was attended by representatives of the Energy Community, an international organization that unites EU member states and neighbors in trying to create an integrated pan-European energy market. The roadmap presented at the workshop is focused on the laws and policies that will help Georgia control emissions generated by fluorinated greenhouse gases and ozone-depleting substances. It covers national energy and climate plans and a monitoring, reporting and verification (MRV) system for greenhouse gases.

“Tackling the negative effects of climate change must be a central element of the COVID-19 response, thus ensuring a green and resilient economic recovery”, added Dirk Buschle, Deputy Director at the Energy Community Secretariat. “Today’s roadmap will help Georgia adopt no-regret measures in compliance with its international obligations and help mainstream climate change considerations across sectors”.

Georgia’s carbon dioxide equivalent emissions amount to around 17.6 million tonnes per year (2.37 tonnes per capita), which is significantly lower than emissions in the world’s largest economies, but still higher than in some of the Eastern Partnership countries. The energy sector is responsible for the largest share of emissions (62%), followed by agriculture (19%), production and industry (12%) and waste (7%).

The EU4Climate programme is designed to assist Georgia and other Eastern Partnership countries in mitigating climate change and adapting to its effects by introducing climate-sensitive policies and reducing greenhouse gas emissions. The programme is funded by the EU and implemented by UNDP, building on the achievements of past cooperation programmes in the European Neighbourhood. Drawing on a total budget of EUR 8.8 million, the four-year EU4Climate programme will continue until the end of 2022.